Food Sovereignty and Buying Local: The Power Of What You Eat

“Buy Local” is a phrase we see often, but sometimes it isn’t always clear what the advantages are of doing so. The key lies in a thing called food sovereignty. 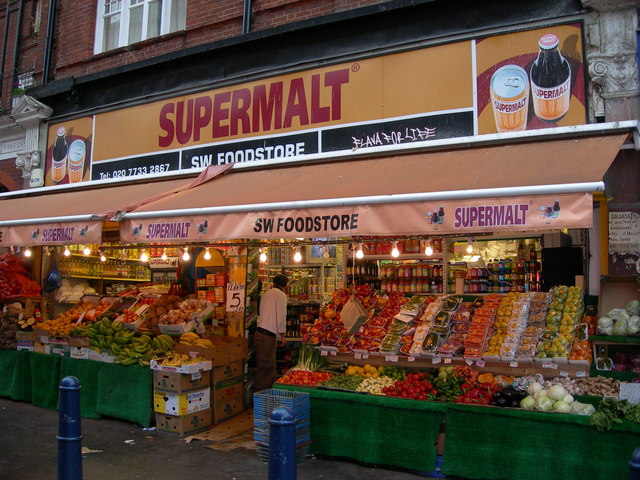 What is Food Sovereignty?

Like most kinds of sovereignty, food sovereignty is related to control and power. Control over food is one of the most basic and most powerful forms of sovereignty that exists. Since humans need food to eat, denying or controlling access to it will make people do things they would otherwise never agree to.

La Via Campesina, an international peasants’ movement, coined the term “food sovereignty.” This movement states that everyone has the right to choose, develop, and control their own agriculture, fisheries, and other food sources. Other groups and individuals have followed since food sovereignty’s inception in 1996.

The Problem Of Food Supply In a Global Market

Global markets tend to create a situation where farmers can’t afford to buy their own products. For example, many cocoa growers would never be able to afford chocolate, because the price they are paid for the basic bean is much lower than the cost of a chocolate bar that is processed in a more expensive area. When distributors bring those refined products back to a lower-income region, only the wealthy and those with access to the food distribution chain have the ability and can afford to purchase the finished goods.

This dynamic is as true on a rural-urban scale within the same state or province as it is across the planet from one continent to another. In fact, it takes on a seemingly infinite variety of forms.

However, due to high demand in wealthy places, markets pay more for cash crops like cocoa (also sugarcane, coffee, and other non-essential foods) than for basic foods (e.g. wheat, rice). Farmers around the world decide freely, or sometimes through coercion, to grow them instead of using their land to provide food for their own family or community. This leads to those places having to ship in essential foods, often from places where the cost of living is higher. With transports and import tariffs added to the basic cost of production, these imports are more expensive than it would be to grow the same foods locally, and the prices soar for local residents.

In a situation where individuals can’t freely access food, whoever can provide that food has control over their life choices. For instance, supermarkets can set prices and determine how much of a specific product is available and when. In a for-profit model, people generally pay more than necessary for food and anyone who doesn’t follow the food supplier’s dictates just doesn’t get any food at all.

In a simplified example,  refusing to buy bananas from a company known to mistreat its workers leaves a person with only one option: not to have bananas. In a more complex example, if only those who work for low pay for a specific company will get food, then community members either work for that company, steal, or starve.

So Why Buy Local?

This is where buying local comes in. A community that grows its own food is not subject to the whims or wiles of outside forces. We can support local farmers, ensuring that they get paid the amount that they deserve based on local cost of living.  This will also prevent middlemen from leeching all the profit from a specific food product, while deciding who gets food and what they have to give up in exchange.

In the long run, it’s also good for the economy. Time Magazine found that buying local boosts the economy by keeping twice as much money flowing in the local area than a shipped-in supermarket purchase does. This means everyone’s expenditures are coming back to the community through the local cash flow. One of the best results of buying local is that we know where the food is coming from and what kinds of chemicals are being used (or not) in the process.

Unfortunately, in a strange reversal of common sense, local products tend to be more expensive, even though they spend very little time in storage and shipment. When you think about what this means for the people on the other end of the supply chain – the farmers, fishers, and peasants – it soon becomes evident that something is wrong with the system.

Of course, for absolute food sovereignty, everybody would have to grow their own food, but community sharing tends to work out well. While it’s impractical for most people to develop their own farmland and some products simply won’t grow locally, a garden is a good place to start. A community can share a plot of land to supply some of the group’s requirements. Even someone who lives in a high-rise apartment building in Seoul or New York can still keep a few basic vegetable plants inside the house, including broccoli, one of the most well-roundedly nutritious veggies out there. And if it can’t be grown it locally, we might need to ask ourselves how much we really need it, and what the tradeoff is, both for individuals and for the world.